YOUR PARTNER FOR THE NEXT BIG LEAP 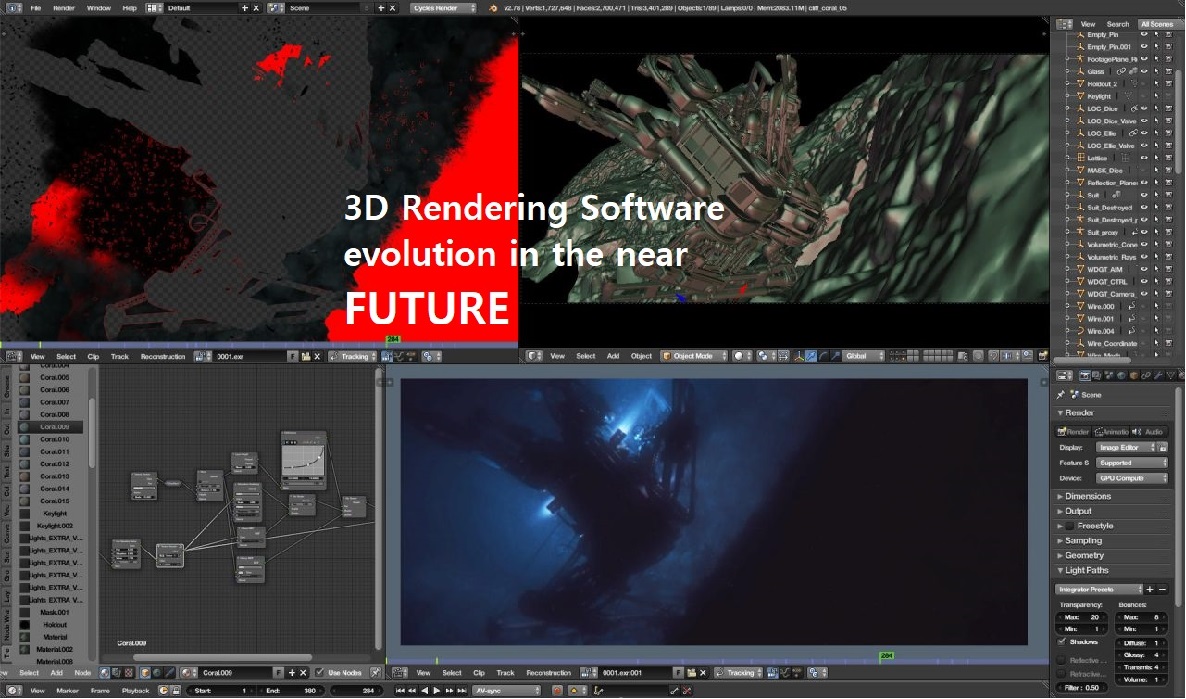 How 3D Rendering Software will evolve in the near Future

In recent years, we have seen rapid growth in 3d visualization software. They obviously convinced us immensely but the big bull is yet to come I guess. Every year those mind-blowing software brings a lot of advantages, features and useful tricks to the 3d visualization, 3d modeling, 3d animation, and 3d movie industry. Nowadays Box office hit action movies are also taking the advantages of 3D Rendering services. And this vast amount of use of these effective tools, and features in 3d rendering software make me believe that the future has a lot to give us.

In the past, we didn’t expect that today we’ll have the VR and AR technology, near realistic rendering and animation technology right in our hand and all of them will be achieved for just a bunch of money by using high-end rendering software. Even many Website Development and design related experts are employing rendering tricks into the website to make it look more eye-catching.

To find out what will happen to the 3D rendering and virtualization software market, we found some analyses related to the top companies, their size, and future growth trends, driving factor analysis, as well as present demand. Let’s see what’s waiting for us!

Who are the Big names in the 3D Rendering Software industry?

We researched the 2018-2023 Global 3D Rendering and Virtualization Software Market Report (Get a sample copy of this report@ https://www.orbisresearch.com/contacts/request-sample/2341253) which was published by the Orbit Research. We found out who are the big names in the 3d rendering industry and revealed the current market situation. We also found out which companies will get ahead and take the leading place in the future.

See the impact: Impact of COVID-19 on Retail Business

The study also revealed that the video entertainment, architecture, animation industry, and transportation industry has the biggest demand in 3d visualization rendering and its software. So, in order to cope with their ever reaching demand, rendering software developed by these companies are getting better and better day by day. They are attempting to integrate their software with the latest and greatest visualization equipment to bring out a significant impact on the industry. So, the future demands more and more from them to accomplish bigger success. Well-known 3d rendering software solutions developed by the mentioned high-end companies are improving continuously. Since these companies are the best in the industry, their mutual cooperation and good relation enabled users to combine favorite software and create hyper-realistic renders, visualizations, virtualizations, and animations.

The leading trends these days

This is the 21st Century and every industry has changed a lot. But I guess, the architectural visualization industry has had a rapid and rather increasing growth. The increasing demand for the architectural visualization and entertainment industry has made rendering software be more advanced and always ready for complex rendering solutions. We all know that the future is all about VR, AR technology. So the presence of VR and AR is inevitable in this time. And VR has come this far only because of ultra-tech VR equipment and feature full of 3d rendering software. The combination of these two offers more realistic 3d scenes. It enables the user to see the 3d Virtual Reality in real time. On the other hand, by using Augmented Reality apps, users have the ability to use the AR technology in their smartphones anytime, anywhere.

A study ‘’Unit shipments of virtual reality (VR) devices worldwide from 2017 to 2019,’’ done by Statista, shows incredible results. For example, in 2017, Sony sold 1.7 billion VR headsets, and the forecasted amount for 2019 is 2.2 billion devices. The situation with other vendors is similar.

Further proof that the VR and AR industry will continue to grow in the following few years are the results from the ‘’Consumer spending on augmented and virtual reality (AR/VR) content and apps worldwide from 2016 to 2021’’ statistic, also done by Statista.

This increasing demand is clearly showing us that the development of such kind of technology is really needed to create a concrete platform for architectural visualization in the future. In order to create that solid platform, we must make the rendering software more user-friendly, cheaper and full of feature. The demand for rendering software or tool is increasing each year. So we’re sure that in the next few years, rendering software will be in their brightest position for certain.